The effect of the SEA is to take any control out of the hands of working people and place the Employers in a position to determine the rules they want to apply to their workers. As well, the government has increased their own power to interfere with processes such as collective bargaining, strike votes, and the internal workings of unions. For example, the SEA forces several processes that will delay when a Union can take legal strike action. 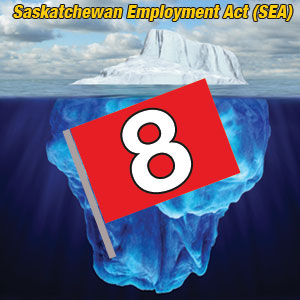 These are fundamental changes that take us back decades. Why not aim for fairness in our labour legislation?

We can see the difference – can you?

In section 6-34, before legal strike action can occur:  both employer and union must (1) notify the Minister of an impasse in bargaining, (2) Minister must appoint conciliator or mediator, (3) a report must be provided to the Minister by the conciliator/mediator appointed, (4) a cool-off period of 14 days must occur after report is submitted, (5) then a strike vote can occur and (6) 48 hours notice served.  The many new required steps will create unwanted delay for workers.

Another example, in section 6-39, it states that the union must begin their ratification vote within 14 days after a tentative agreement is reached. There is no similar requirement for the employer. It should be noted that SEIU-West strives to provide all voting members with a complete copy of the tentative agreement so that they clearly understand what they are voting on. Where we have thousands of members covered under one CBA the printing of the tentative agreement takes considerable time; why rush to get started if you aren’t able to share fully what members are voting on? Members have a right to know and be informed about what they are voting on.

Take action now and let your MLA know that this portion of the legislation takes labour law back decades.

National Addictions Awareness Week (NAAW) is from November 22 to 28, and this year is a particularly important year to recognize how much addictions affect our communities – as the Canadian Centre on Substance Abuse and Addiction shared, people who use substances report a loss of social connection and supports...