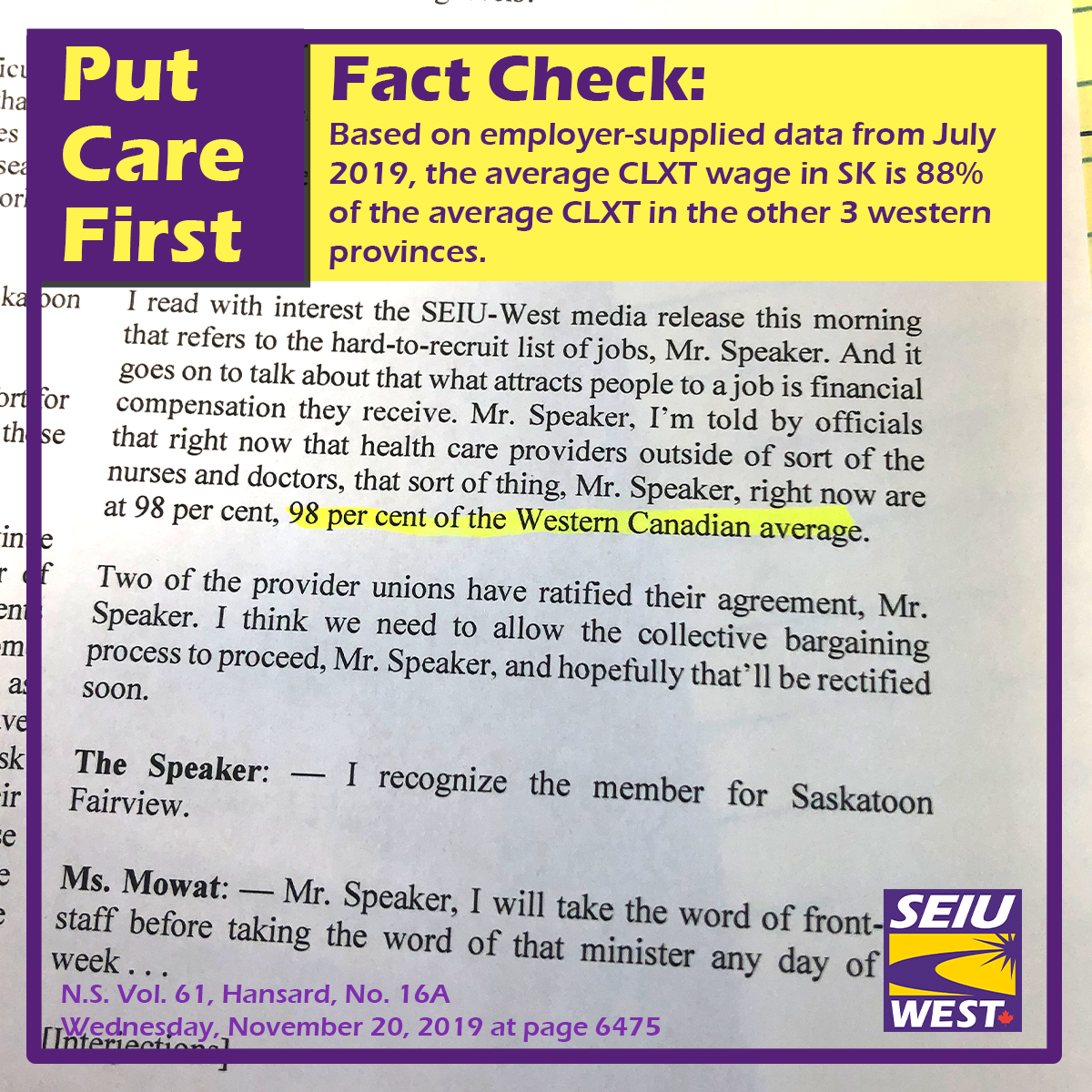 In response to the SEIU-West media release Put Care First: Tough Questions for the Health Minister, Minister of Health, Jim Reiter, stated in the legislature: “that health care providers outside of sort of the nurses and doctor right now are at 98% of the Western Canadian Average” (N.S. Vol. 61, Hansard, No. 16A Wednesday, November 20, 2019 at page 6475).

While we are not certain how the Minister does his math – we do know this:

Based on employer-supplied data from July 2019, the average Combined Lab & X-ray Technologist (CLXT) wage in SK is 88% of the average CLXT in the other 3 western provinces.

In other words, the average SK CLXT makes 12% less per hour than their colleagues in the other three western provinces.

As of July, 2019 – seven full-time vacancies and eight part-time vacancies were reported. One CLXT position in southwestern Saskatchewan was posted over two years ago and remains unfilled.

Look at the numbers – we think it’s fair to say, this group of health care providers is not being compensated at 98% of Minister Reiter’s Western Canadian Average.

SHA and eHealth - IT Transition Update