In recent times the term ‘social justice’ has become synonymous with political correctness and the true meaning of the word has been lost in a flurry of twitter wars as a derogatory term. 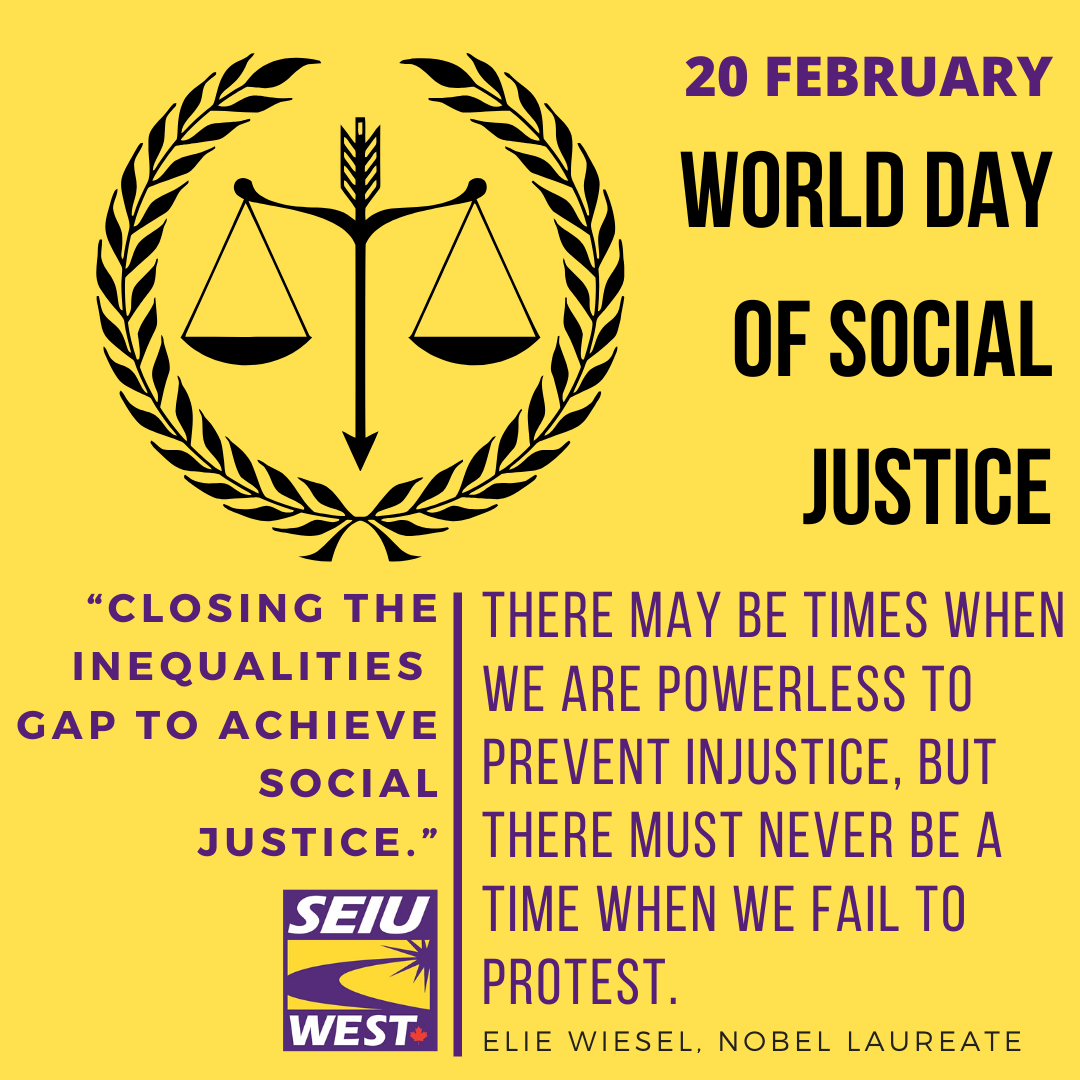 Although some people might think the concept is relatively new – a creation by the ‘millennials’ – the notion of social justice is based on the Christian doctrine of helping less fortunate people—the weak, sickly, and oppressed.

Since the 1920s, social democratic governments in Western Europe have reinforced the view that all citizens should be treated equally.

Society cannot be fair or just if it has different categories or types of citizenship, such as nobility and the rest of the population, whites as first class citizens and blacks as second class etc.

It must be said that the union is a great equalizer and fits perfectly with this year’s theme because the primary goal of the union is to ensure the rights of every worker are upheld, while actively fighting to ensure that existing rights are not stripped back.

This is a constant and continuing struggle.

The general public might question the necessity of unions today, unaware of the fact that they may be one enactment away from losing their pension, parental leave, minimum wage, and other hard won social benefits they take for granted.

Inequality must be reduced or eliminated by expanding opportunities for working people and working with labour unions are where the real battles are fought and won.

This World Day of Social Justice, we invite you to take a minuet to reflect on the rights we all take for granted and how they were fought for and won by ‘Social Justice Warriors’ and trade unions.

Social Justice is not a dirty word and equality is only offensive if you’re the oppressor.

During Health Care Provider’s Week, we invite you to reflect upon the team of compassionate people who provide you with quality health care services throughout the Saskatchewan. Each and every day we are astounded by the hard work and value that these members contribute to our society, particularly while on...