In May 2015 the Sask Party government introduced the law that allowed for the licensing of private MRIs. They said it would reduce wait times for MRI procedures. Has this privatization experiment worked? Not so much. As the graph shows, when the bill was introduced, the typical wait time for an MRI was 23 days in Regina and 32 days in Saskatoon. The first private MRIs opened in Regina, while Saskatoon continued to be served exclusively by public MRI facilities owned and operated by the health authority. 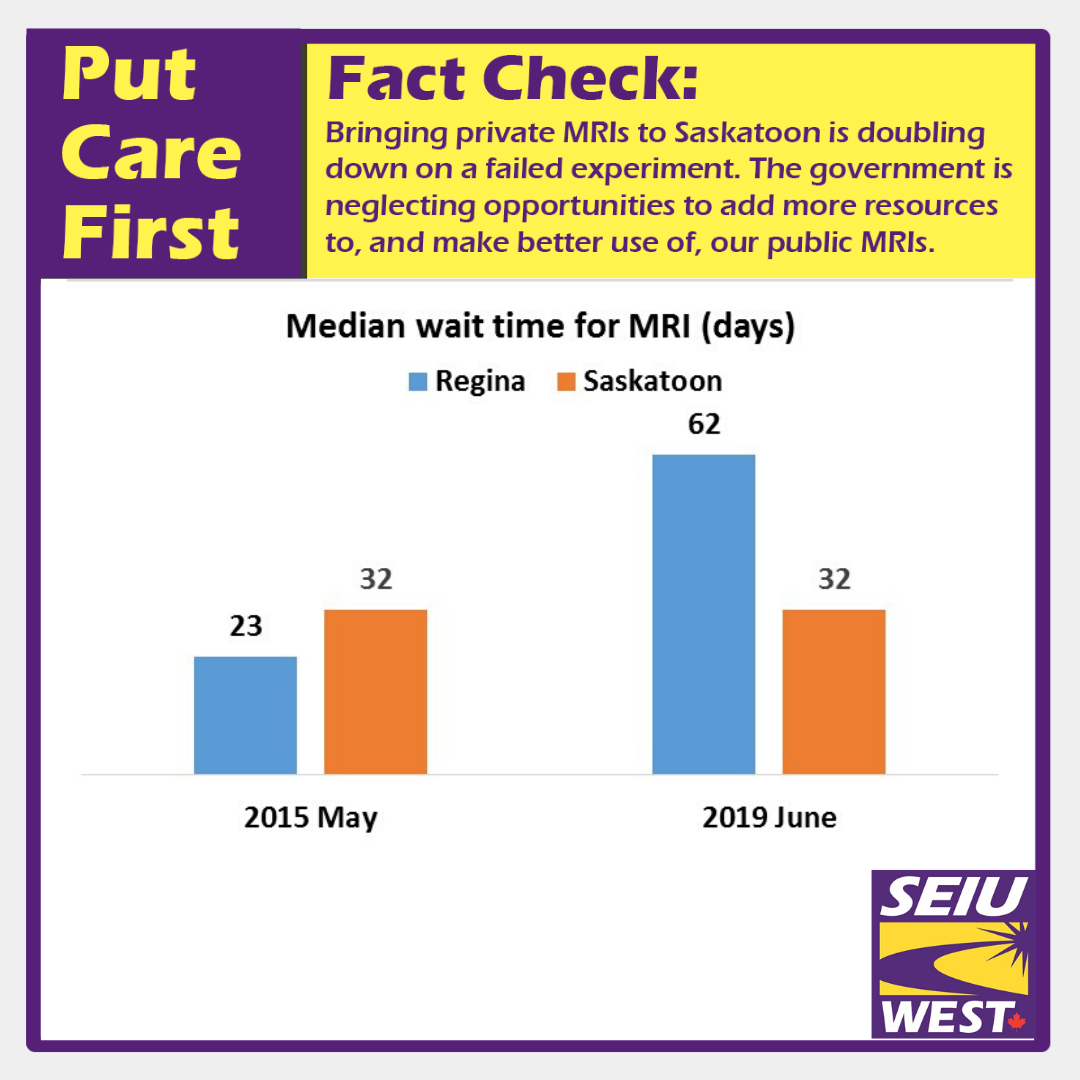 Based on the latest publicly available figures from the Saskatchewan Ministry of Health, the wait times in Regina have nearly tripled, to 62 days, while those in Saskatoon have stayed the same. Now the government is doubling down on this failed experiment, and has licensed private MRIs clinics to open in Saskatoon in 2020. MRI wait times in Regina have risen, yet the public MRI in Moose Jaw (barely an hour away) sits underused, because of ongoing difficulties recruiting MRI Techs.

The MRI Technologists who perform MRI scans are highly skilled, and in demand across Canada. They are on the SHA’s “hard-to-recruit” list. We know that within the past couple of years, we have lost a number of accomplished MRI Technologists who have left for better pay and working conditions for other employers and in other provinces.

According to the Sask Party Government’s own MRI law, a private MRI can’t get a license unless the Health Ministry has evidence that there will still be enough technologists available to run the MRIs in our public hospitals. In the current “hard to recruit” environment, is the government or the SHA doing the due diligence needed to get this evidence? They’ve repeatedly stonewalled SEIU-West’s efforts to answer this question.

SHA and eHealth - IT Transition Update