In this last week before Christmas, I wanted to take the time to provide an update on our virtual townhall meeting held last week regarding SAHO bargaining. Thanks to everyone who made the time to participate in our call…the response from our members was overwhelming in terms of numbers on the call and questions submitted.

Your SEIU-West SAHO bargaining committee wanted to reach out to provide an update to our members on the state of bargaining.  We wanted to get your direction on what is left at the table to negotiate…a general wage increase. 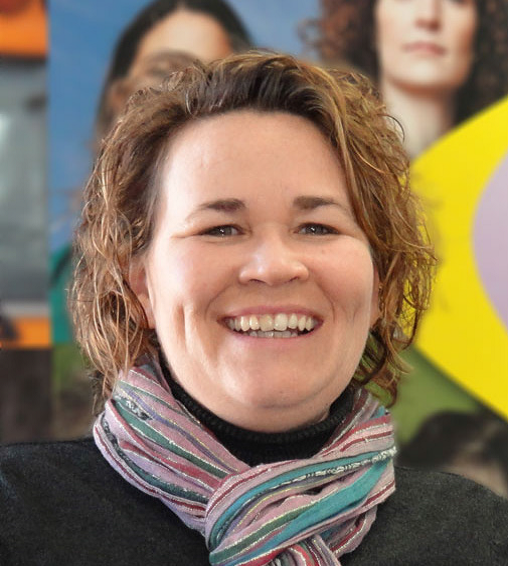 During our townhall, myself and Russ Doell, Deputy Director of Contract Bargaining and Enforcement, provided a high level overview of how bargaining has evolved: from the beginning when the government of Sask set out their mandate of a 3.5% reduction which took the form of things like:

Our membership has provided the bargaining committee with a mandate: NO cuts/NO rollbacks/Treat Us With Respect/Pay Us What We’re Worth! And members have been extremely active in contacting MLA’s about how awful this proposal was; each of you talked about the great work you do in the health care system; how you contribute to your workplace, your family and community; you signed petitions and postcards; you shared the economic facts that the government proposals presented for you; you came to rallies and your support has moved the government off of their proposals. Our members have been active participants at the bargaining table by doing all this work.

Because of this support, we’ve been able to make some modest improvements at the table:

Your bargaining committee is fully aware that the cost of living in this province continues to go up, and our wages don’t meet that demand.

SAHO has proposed a similar wage increase that was offered to SGEU government employees – if you’ll recall, this was resoundingly turned down.  The coalition of health care unions (SEIU-West/CUPE/SGEU) has put forward a marginally higher proposal that includes a signing bonus.

Poll question #2: asked about preferred priority between the rising cost of living versus the provincial financial picture.

Results indicated that the bargaining committee should prioritize the rising costs of living over provincial finances.

Poll question #3: asked whether members would support a five year collective agreement with enhanced monetary proposal in the fifth year.

Results were that members would accept a five year deal but much less enthusiastic than the two previous poll questions.

For our membership questions, we received over a large number of questions specific to this update and the SAHO collective agreement process.  Over this week, I will do my best to answer all of them.

#1: Does everyone get the lump sum payment or is it prorated somehow? – Russ, unknown location.

In the proposal, as the coalition has put it forward, everyone would get the lump sum payment.

No, we didn’t think about scaling back our STD benefit to increase the amount of money available. Partly because the STD benefit is utilized by a great number of members, but also, because we weren’t willing to give up a benefit that is already well established, in order to get a much needed wage increase.

#3: Regarding the signing bonus and the back pay, can that be on a separate cheque for tax reasons? – Cindylee, Saskatoon.

We would most definitely be requesting that. There is some question about whether or not there really are tax implications, but regardless, our members like seeing the hard numbers to confirm that they were paid correctly.

#4: Are there any improvements to benefits that would make me feel better about a minimal wage increase? – Julie, unknown location.

We have negotiated some modest improvements (as itemized above); but there is much in our collective agreement that would remain the same as it currently stands. In terms of extended health benefits, that is separate from this bargaining table, but we’ve been able to enhance a number of procedures and items covered under the extended health and enhanced dental plan over the last year.

#5: Has there been any view to enhance bereavement to include aunts and uncles? – Karen, Saskatoon.

That was in our initial proposal package, but our bargaining committee made the decision to withdraw this proposal and focus on getting rid of the wage rollbacks and the -3.5% as a priority from our membership.

#6: Will the 4 year contract start when we sign or from when the last contract ended? – Madeline, Saskatoon.

Our contract would be effective April 1, 2017 – the day after our last contract expired.

#7: LPN’s want to know if there is anything for licensing fees being paid directly by the employer, like SUN gets? – Karen, Saskatoon.

No there isn’t, Karen. The employer has adamantly refused to agree to this although we’ve put forward this proposal before and we’ll continue to do so.

#8: What year are we in for not having a contract? – James, Saskatoon.

Our collective agreement expired on March 31, 2017. As of today, we are 1 ½ years without a contract.

#9: This proposal does nothing for people about to retire, what’s in it for us? – Kelly, Wilkie.

That’s a good question…and I guess it really depends on each individual’s perspective. On the general wage increase, the any years with a 0% increase will not have any positive affect on your pension.  Your SHEPP pension is based on your best 4 years of service. But, the other piece around bargaining that we need to remember is that it’s not just for the ‘right now’ improvements, but the gains that we make or the language that we protect – for the next round of bargaining and the members (staff) who come after us.

#10: You say they cleared the boards with the new SHA. I have not seen one job loss for out of scope in Swift Current, only a change of job titles. Have you noticed this? – Jenn, unknown location.

There are 2 different pieces here: the 12 health region boards were disbanded – there is only one health authority board in place now…and the government has indicated that this will save millions of dollars (stay tuned!).

With the creation of senior vice-presidents; executive directors and directors and out of scope admin positions, I see a lot of management staff simply changing their titles …but I don’t know how that is working in the out of scope realm and don’t think I should guess on that one!

#11: With the lump sum payment, are they even going to come up to inflation as it goes up…are there any more increases to benefits? – Sheila, Saskatoon.

This essentially is a status quo collective agreement; we focused our fight in bargaining this round on beating back the -3.5% cuts. If you are wondering about the improvements, they are set out at the beginning of this update, but you can also take a look at our bargaining updates since last year to see how things have evolved over the past 18 months.

#12: Will we catch up with the cost of living with the proposal that the coalition has proposed? – Colette, Saskatoon.

The last numbers about the cost of living that I saw were 2.2%...so the short answer is no, what has been proposed wouldn’t meet the cost of living. The longer answer is more along the lines of what are we able to achieve in this current economic and political climate in the province?

I will post more questions and answers throughout the rest of this week.  Again, your union thanks you for your support and your engagement.  I said it repeatedly on the call, but bargaining isn’t a spectator sport…we are all in this together and we need you to talk to your MLA’s. Phone/email or better yet, visit them – even if you’ve done it already – we need them to feel the pressure of the message that healthcare workers will not accept cuts/rollbacks; we wanted to be treated with respect and paid what we’re worth!

In Solidarity, on behalf of the SEIU-West SAHO bargaining committee,

For a PDF of this President's Message, click here.

Dwayne Kindt works in maintenance at Royal University Hospital and also volunteers as a firefighter out of Asquith. We’re proud to call him our Member of Distinction after his efforts in the Biggar wildfires this past Spring. Dwayne got the call after local Biggar firefighters had been battling the fire...